A Chief Partnership Officer for CFB The Committee for Brisbane is delighted to announced the appointment of Liana Heath as its inaugural Chief Partnership Officer.

Liana has been Secretary of the Committee for some time (a role she will relinquish) and will start the new role in mid-June.

The Chief Partnership Officer will be primarily responsible for proactive engagement with Members and will assist the CEO to run the organisation.

The ability to create the new, fulltime role, is a result of CFB’s strong financial position thanks to membership renewal and support.

This is an important next step in the structural reorganisation of the Committee for Brisbane and will be a visible and tangible improvement to how we service and represent Members.

The Committee bid farewell to Annie Macnaughton at the end of May, after nearly five years of exemplary service to the organisation and Members.

Annie, whose final role was Director – Engagement, was with CFB for nearly five years and was the linchpin that saw the organisation transition from the Brisbane Development Association with one part-time staff member, to the Committee for Brisbane and the robust and financially stable organisation it is today.

Annie was given a fine farewell at our recent President’s Drinks.

We wish her well and thank Annie for all she has done for CFB. We’ll still see her at events, where she can now just relax and enjoy. 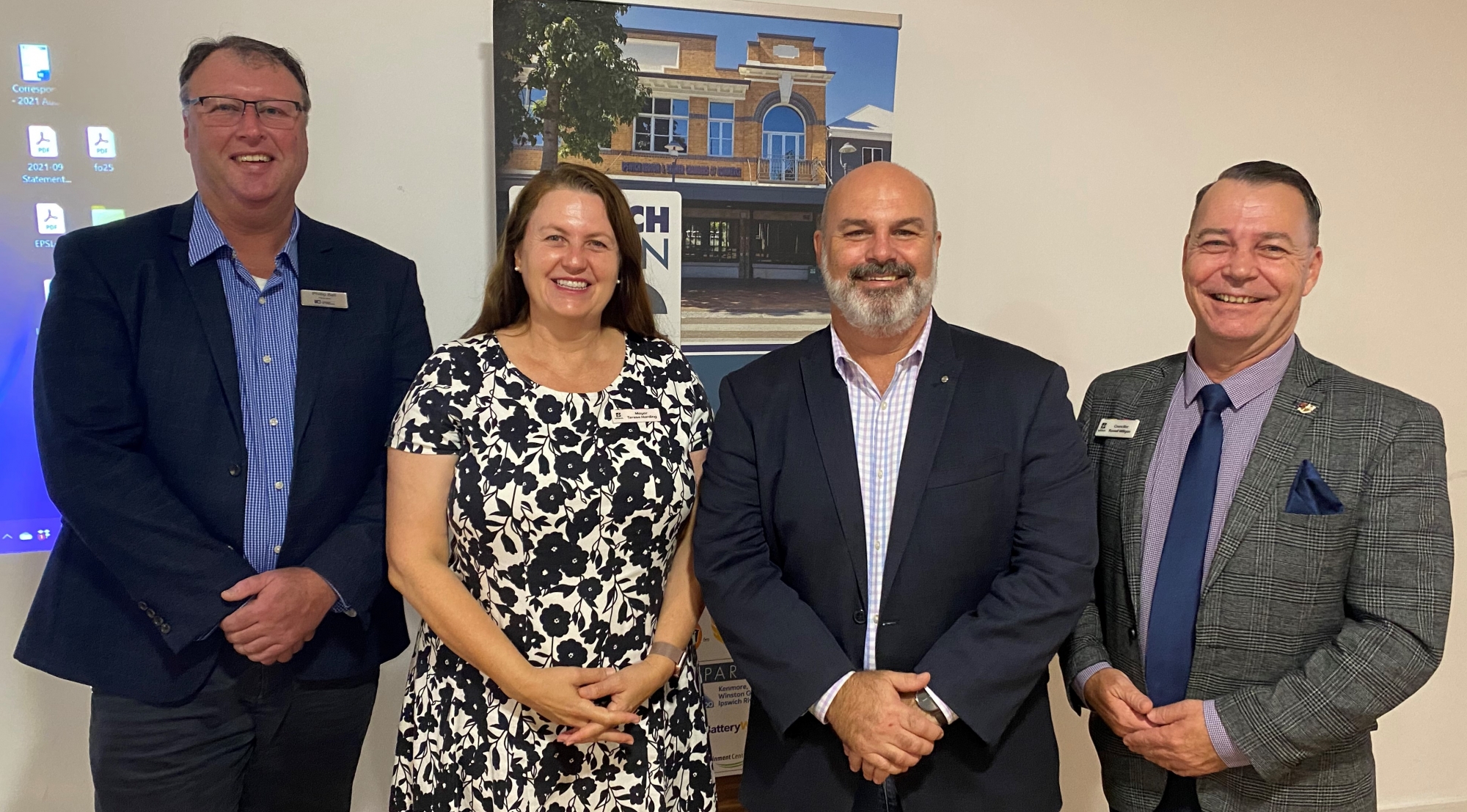 CEO Barton Green has been travelling around south east Queensland over the past few weeks talking with councils about the opportunities for regional communities from hosting the Games in 2032.

Presentations have been made to Logan City Council (Leadership Team members); Ipswich Region Chamber of Commerce, with Ipswich City Council and State and Federal Government representatives; and Moreton Bay Regional Council as the first speaker at the inaugural meeting of Mayor Peter Flannery’s 2032 Legacy Working Group.

The message has been consistent:

The engagement with councils and others has been positive and ambitious, which is exactly what south east Queensland needs to ensure a bold response to the regional opportunities. 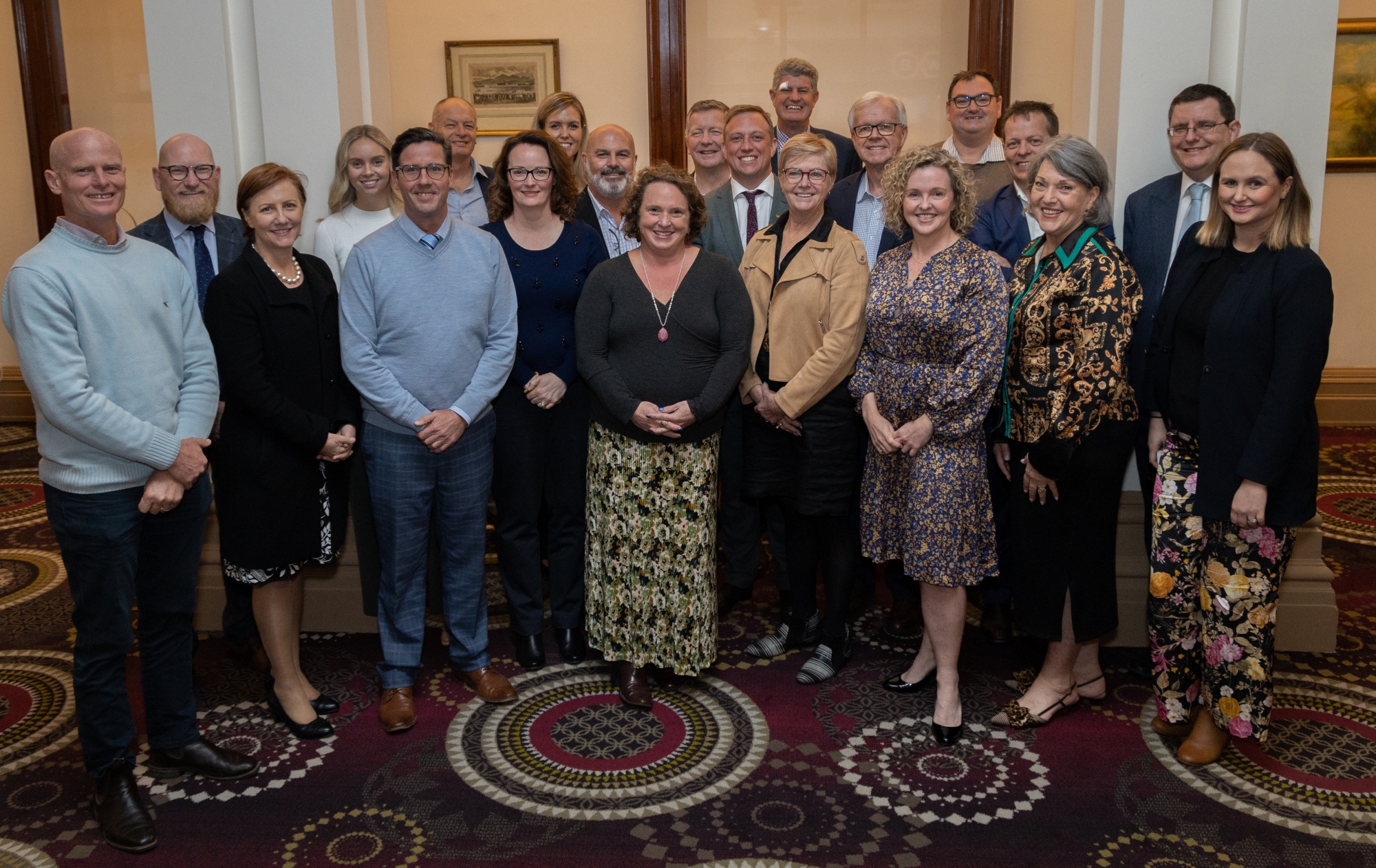 Australian Olympic Committee CEO Matt Carroll AM was the keynote presenter at a Committee for Brisbane briefing for regional Queensland councils and others in Brisbane at the beginning of June.

Presentations from Committee for Brisbane CEO Barton Green, CFB Member and Olympics corporate partnership specialist Whitney Luzzo-Kelly, and Kathryn Mouton from Accenture provided insights to the commercial and corporate opportunities from the Games, and some of the challenges with ensuring supply chains are ready.

An evening with the President 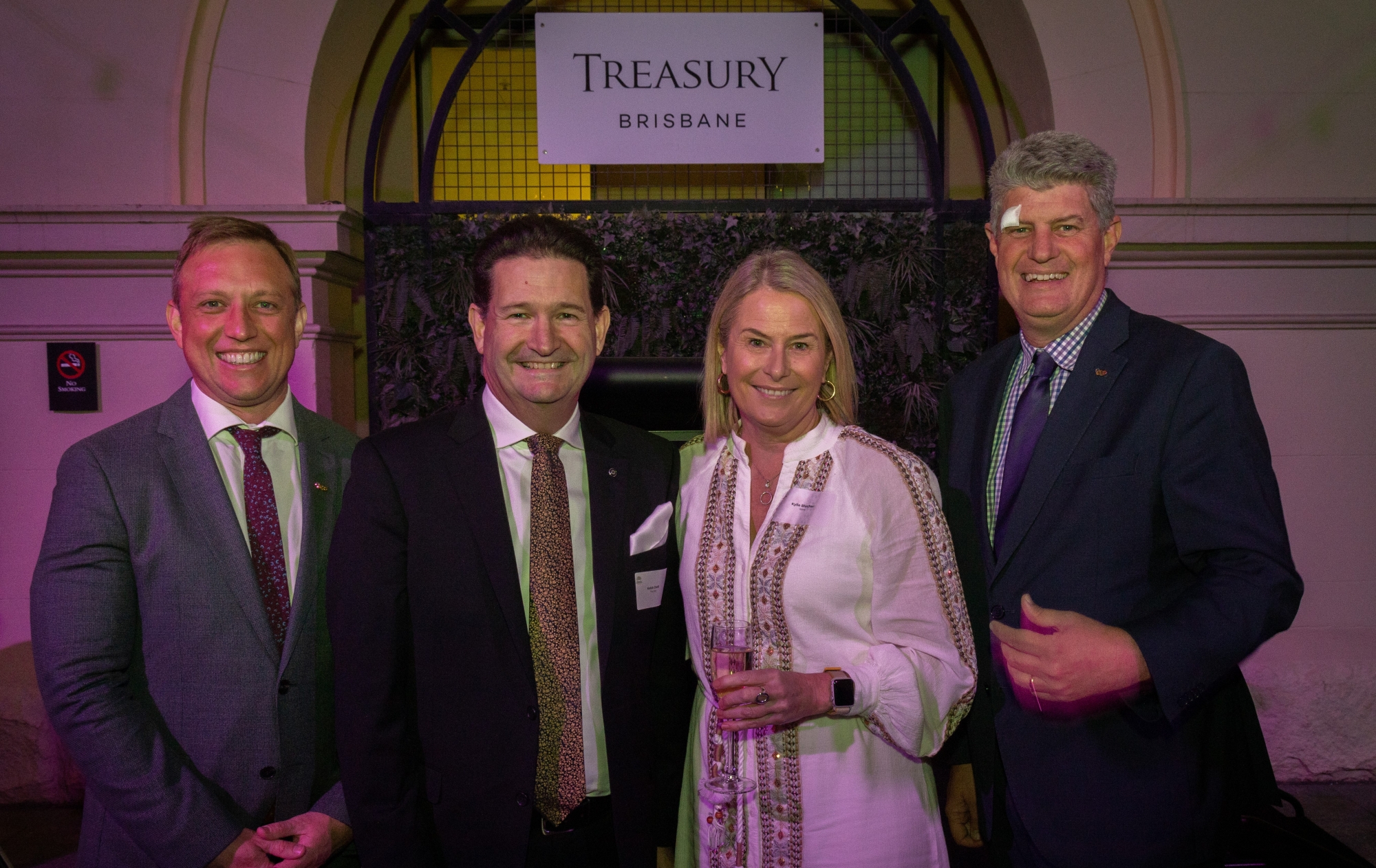 More than 80 Members enjoyed the fine location and hospitality in The Courtyard at Treasury Brisbane for the annual Committee for Brisbane President’s Drinks.

Our thanks to The Star Entertainment Group for hosting the event and spoiling guests with fabulous food and drinks.

The President’s Drinks is a way for Members to socialise with each other and engage with some of our political leaders. 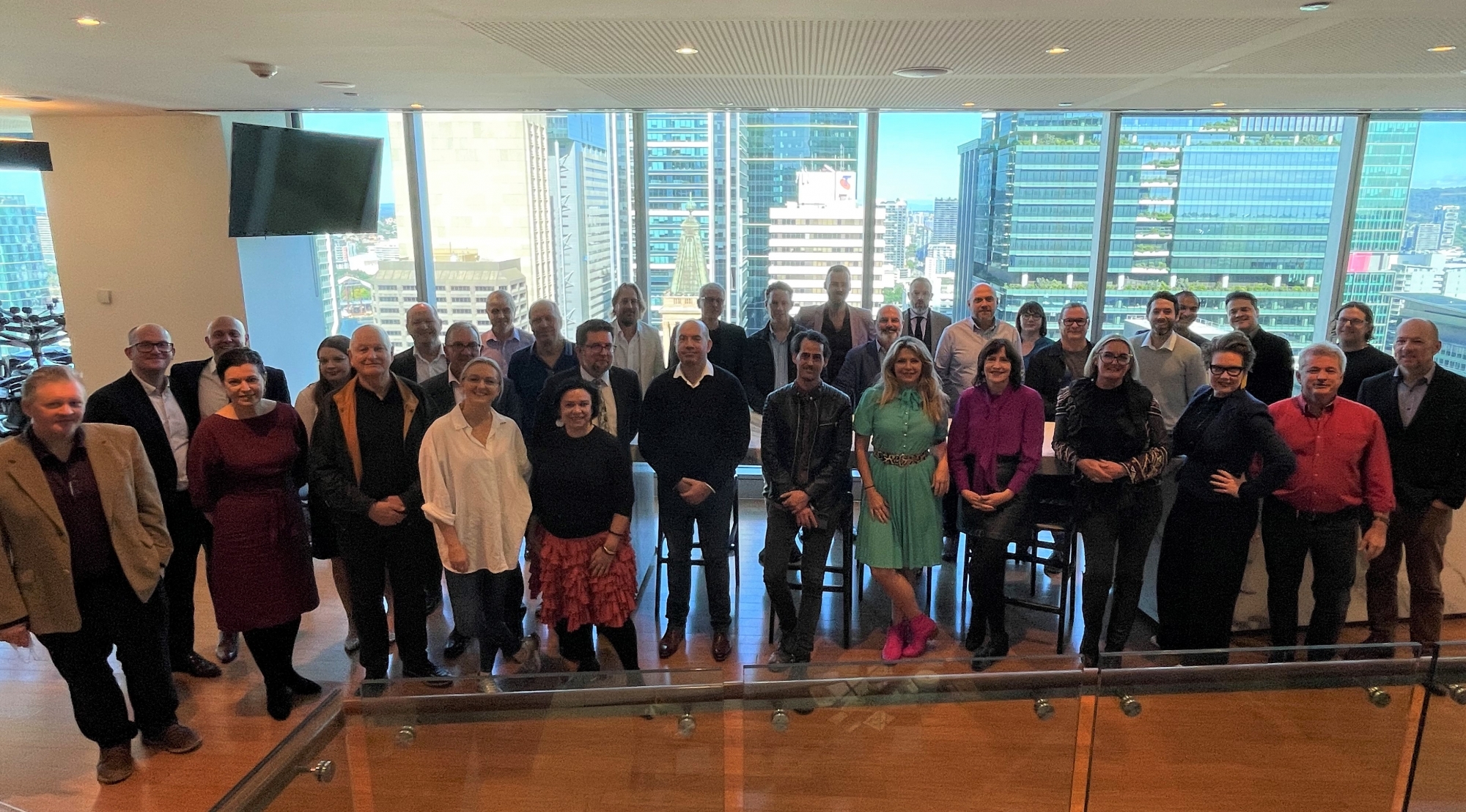 More than 30 people from creative industries and Committee for Brisbane corporate members attended a workshop hosted by Grant Thornton at the start of June to establish a Creative Brisbane Collaboration.

For the past couple of years, the Committee has been working with a broad cross section of the region’s creative organisations and institutions to develop a Creative Brisbane Vision, which was unanimously adopted by more than 20 arts and cultural organisations late last year:

Brisbane: the place to be.

A global city where creativity is valued and imagination empowered. Where innovation and collaboration drive a thriving economy and vibrant communities. Dream boldly.

The Vision is not about replacing organisational Visions and Missions, but is an additional shared narrative that many can use in their messaging and engagement with stakeholders.

The second phase of the Creative Brisbane Vision is exploring the establishment of a permanent industry and arts collaboration.

The motivation is to build a strong relationship between Brisbane’s/SEQ’s corporate sector and its creative industries.

The collaboration concept is proposed as a way to enable structured and ongoing engagement between industry and creativity – as a way to improve communication and understanding and, ultimately, provide a shared platform for advocacy to the community and governments on the importance of creativity to health and wellbeing, to the regional economy, for talent attraction and retention, and for city/regional reputation.

The June workshop supported the concept and a Steering Committee has been established to develop the governance framework, nominate priority issues and plan for the public launch of the Collaboration later this year.

In partnership with the Office of the Queensland Chief Entrepreneur, and supported by Corporate Member BDO, the Committee hosted the first of a proposed series of innovation networking events at the Museum of Brisbane in mid-May.

In late 2020, the Committee started to ask the innovation sector how to enable better collaboration between the different stakeholders in the SEQ innovation ecosystem.

After months of engagement and meetings with the broad innovation economy, the “mixer” model was developed as a social-style forum to enable networks of corporate, creative industry, university and investment industry representatives to explore commercial partnership opportunities across south east Queensland.

The plan is to hold three to four “mixers” each year.

Brisbane Open House is back in 2022

The Committee for Brisbane is delighted that the immensely popular Brisbane Open House will return as a “live” event in 2022, after two years of COVID impacts.

As a founding partner of BOH, the Committee is keen to support the re-launch of this great event.

Brisbane Open House will be held over the weekend of 27-28 August and feature 30-40 venues across Brisbane.

The (yet to be unveiled) program will feature some of the most popular previous venues, as well as some high profile never-seen-before venues and projects.

BOH is also introducing an “Iconic Precinct” as part of the weekend: Fish Lane at South Brisbane.

Another new concept will be “Villages of Brisbane” which will be held on Sunday 21 August, showcasing Sandgate and Shorncliffe in this inaugural year. There will be approximately 15 venues and 5 walking trails, highlighting the rich history and interesting architecture of the area.

BOH is looking for long-term partners to support them in growing Brisbane’s cultural capital and ensuring that Brisbane Open House continues to grow.

To that end, the Committee for Brisbane is hosting a briefing from the BOH team on Wednesday 15 June, 4pm-5pm at a CBD venue. If any CFB Member would like to attend the briefing, please email: barton@committeeforbrisbane.org.au