Panellists announced for Business of the Games #3:
Placemaking as a legacy 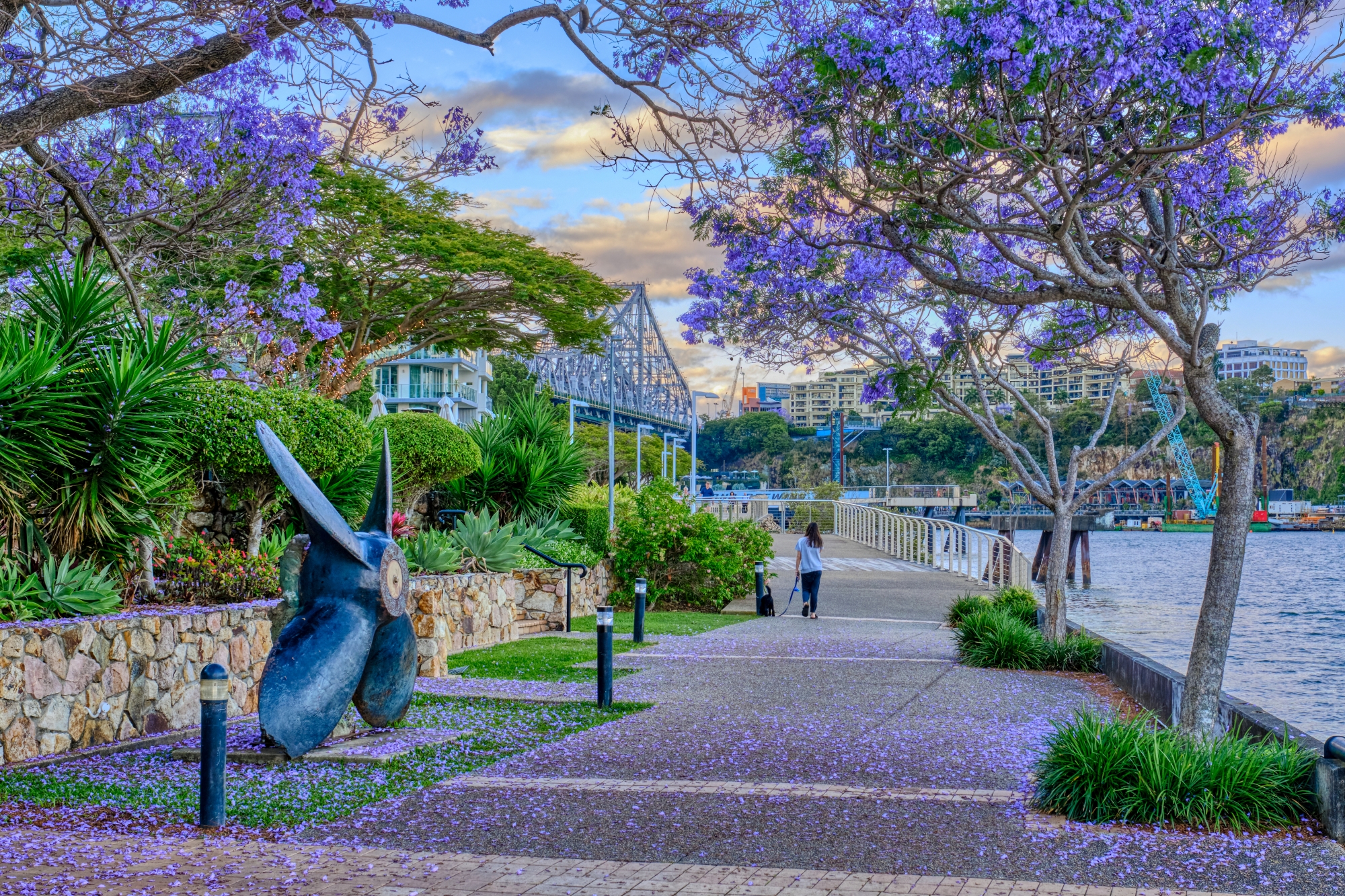 Members are invited to join the Committee for Brisbane for an exclusive discussion and Q&A session to explore the next topic in our Business of the Games series: is there a place for “place” in the 2032 Games legacy?.

We have assembled a five-person panel of Members who have direct experience in legacy placemaking associated with Olympics, Paralympics, Commonwealth Games and city-building:

Peter is a subject matter expert on Athletes Villages, having led the design of the 2018 Commonwealth Games Athletes Village from first sketch, through the bid phase and all phases of design and delivery to legacy master planning of the Gold Coast Health and Knowledge Precinct, to the development of the Polycentric City strategy for Southport CBD being considered by Gold Coast City Council.

With over 20 years’ Olympic and Paralympic Games experience, including 14 Summer and Winter Olympic Games, Shaun understands the main outcome for a city’s legacy. By shaping and integrating sporting infrastructure into the fabric of a city, global architecture firm Populous creates enduring precincts long after major events are over.

An experienced Landscape Architect, Penny led a team of landscape engineers to coordinate, design and deliver the South Parklands and Public Realm for the London 2012 Olympics and Paralympics and was one of five Arup representatives from around the globe to participate in the International Paralympic Observers Program and the Games Experience Program in Rio De Janeiro 2016.

Mark is a leading Australian voice in the emerging field of cultural placemaking. He provides advice on urban design for cultural outcomes to government and the development industry, and is recognised as an authority on shaping cities and places for the human experience. His practice draws from experience as a cultural strategist, curator in the public realm, artist and designer and taken him to projects around the world. Mark is a three-time finalist and former winner of Sydney’s prestigious art event – Sculpture by the Sea.

Damian was part of a multi-disciplinary design team for a large part of the 2000 Sydney Olympic Games site at Homebush Bay, including early venue testing for community events before the Games, and designing for post-Games life with adaptable social infrastructure. For the 2018 Gold Coast Commonwealth Games, and working with fellow panellist Peter Edwards, Damian worked on the Master Plan focussing on the local and regional contextual uplift.

Business of the Games #3 will be held on Wednesday 11 May, 4pm – 5.30pm, at McCullough Robertson Lawyers, level 11, 66 Eagle Street. Registration is free and exclusive to Committee for Brisbane Members: Click here to register.

An evening with the President 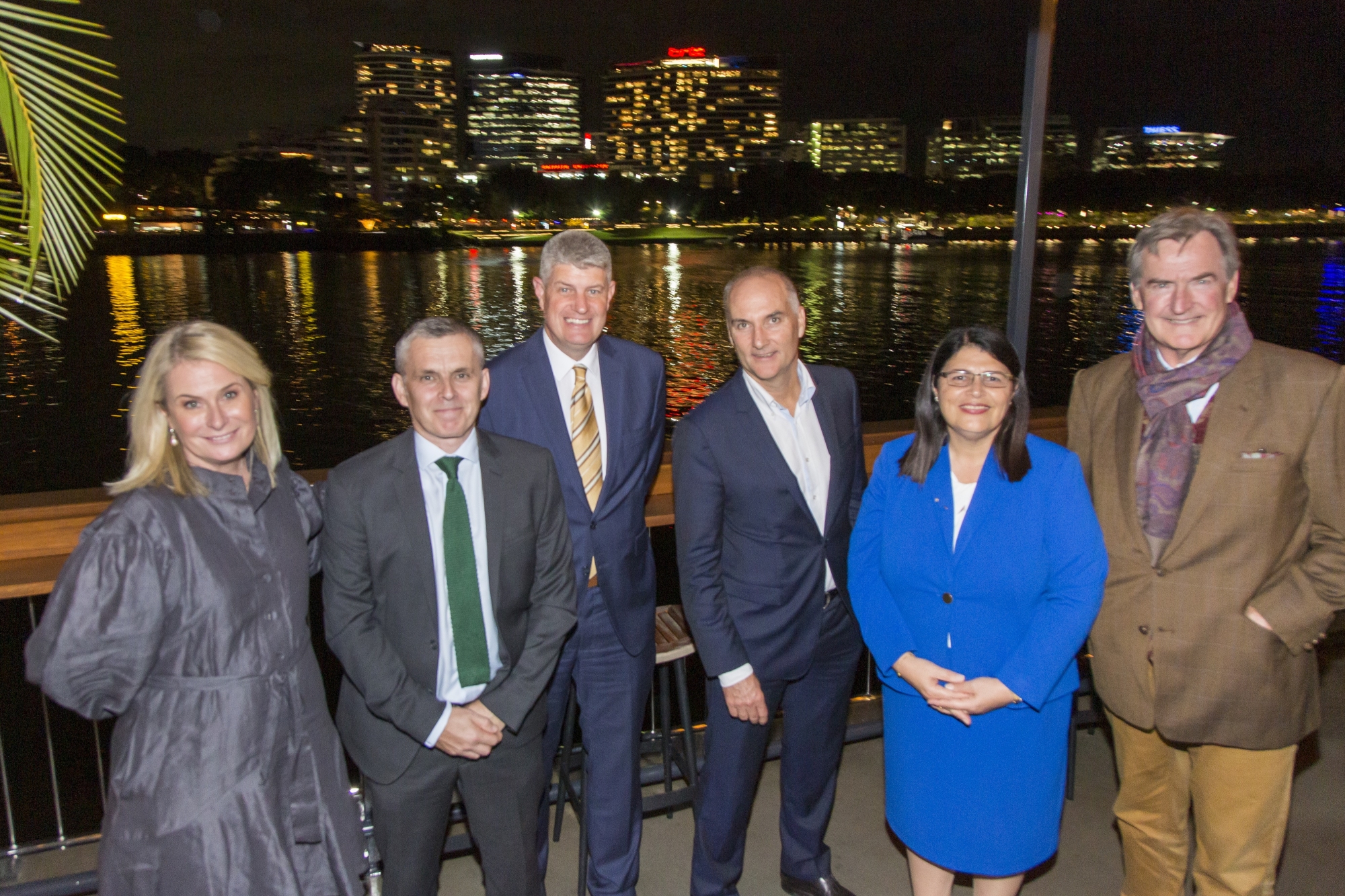 Committee for Brisbane President Kylie Blucher will host the annual President’s Drinks on Thursday 2 June in the Courtyard at Treasury Brisbane, with thanks to venue host and Corporate Leader member The Star Entertainment Group.

The annual social event is a chance for representatives of the Committee’s three tiers of membership to meet with the Advisory Council, Executive and some of the region’s political leaders.

More than 80 members are expected to attend and enjoy an evening engaging with their fellow members.

A visit to a Princess 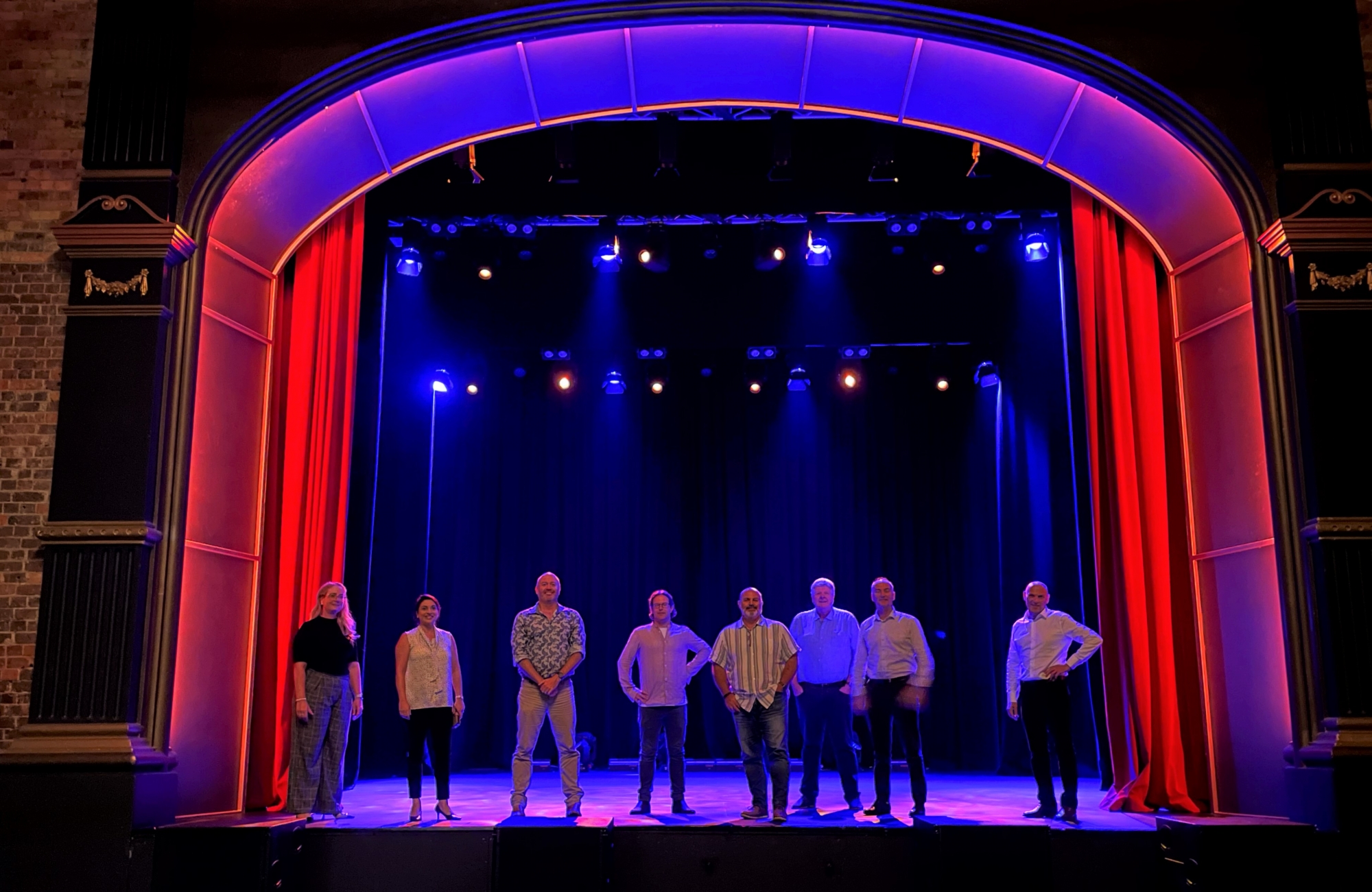 The Management Committee held its first offsite meeting for 2022 with a visit to the beautifully restored Princess Theatre at Woolloongabba in April.

The 1888 building is owned and operated in a partnership between Committee for Brisbane members Steve and Jane Wilson and Steve Sleswick (and his brother Dave).

The high-ceiling stage and the panelled, arched roof are highlights of the restoration that has provided Brisbane with a new, 900-capacity theatre for live music and other performances.

The Committee for Brisbane is about to invite its Committee for Cities and Regions colleagues across Australia to consider trialling a new Liveability Index that has been under development for the past two years.

Borne out of frustration with the regional climate bias and limited scope of some “global” indices, the Committee partnered with Corporate Leader members Urbis and Ipsos to develop a unique, contemporary Index to benchmark Brisbane and other major cities.

In 2020, Urbis took a brief from the Committee for Brisbane – which set down a list of liveability attributes – to research and develop a database of nearly 100 publicly-accessible and academically-robust metrics that compress into six headline “scores”: healthy, connected, inclusive, talented, distinctive and vibrant.

The result is an index that enables a city to assess its performance against a wide range of liveability measures, and to compare that performance with other cities.

The project was enhanced in 2021 with the inclusion of Ipsos’ annual “Life in Australia” survey which asks Australians to rate their perception of their home city against 16 themes/questions.

Ipsos agreed to restructure the outputs from its “Life” survey to present the responses under the same six headlines as for the Urbis project.

Together, the Urbis and Ipsos data provide a unique perspective on a city’s liveability performance: comparing the hard data (lag metrics) with community perception.

The motivation for the Committee for Brisbane was to look for ways to support talent attraction and retention in Brisbane, and to provide quality, irrefutable data upon which to forward plan.

The Committee hopes to encourage its colleagues across Australia to trial the Index – with a view to adopting a new standard for Australia. 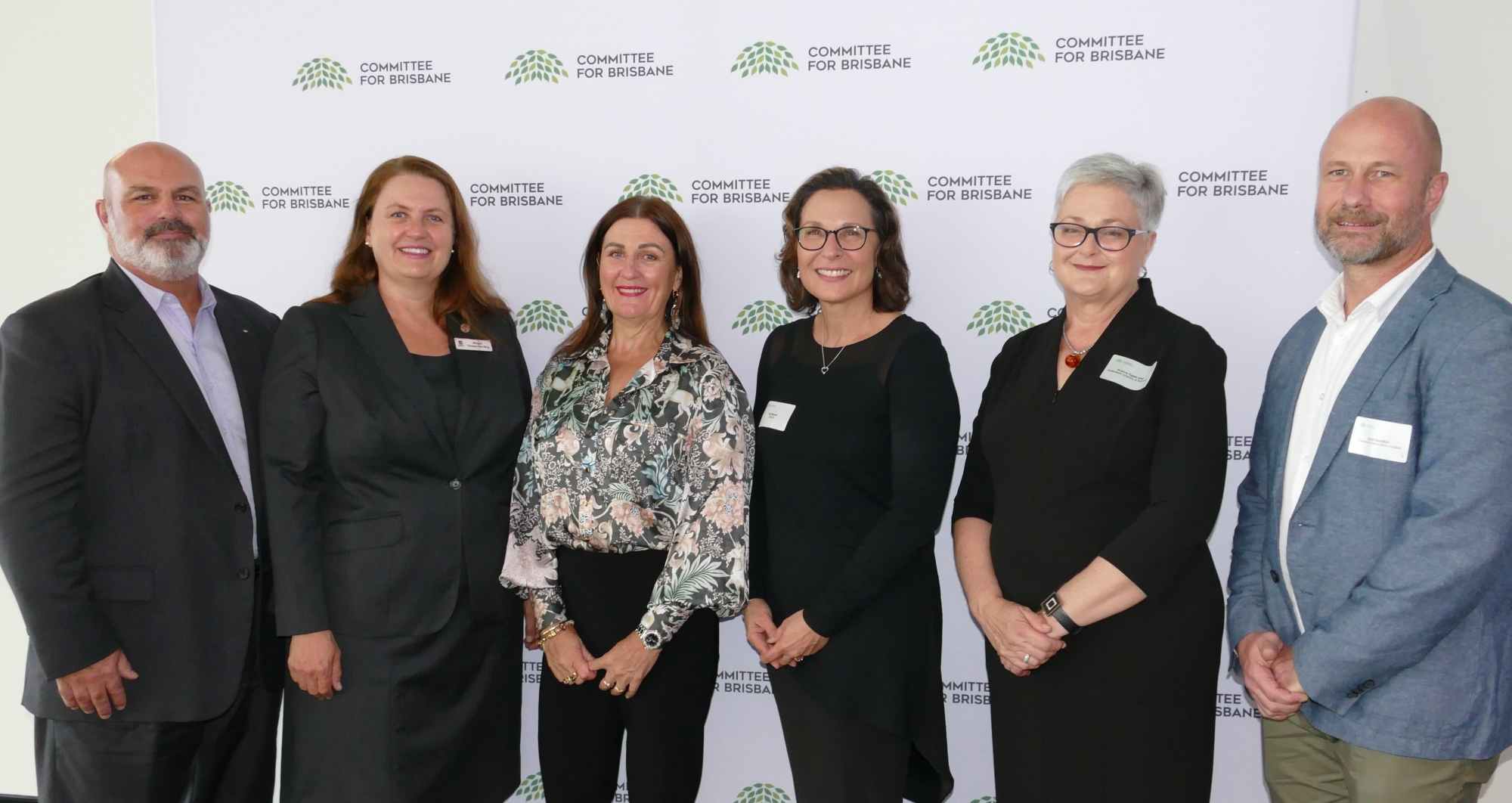 What if, two months before the July Opening Ceremony of the 2032 Olympic Games, south east Queensland was seriously flooded again – but the natural disaster had no impact on the Games because the region was the best in the world at flood resilience, planning and recovery?

That’s surely an ambition worth chasing.

This was the provocation that started a great panel discussion at the Committee’s most recent event.

A consistent theme from the panel was the need for improved collaboration and cooperation between the three levels of government, in partnership with industry and community.

A show of audience hands at the end of the event overwhelming supported a proposal to establish a Queensland Resilience Council to manage long-term planning for natural disasters by bringing together the three levels of government, industry (including insurance) and academia in a permanent governance framework to prioritise, fund and deliver projects – and whose functions are not impacted by election and budget cycles.

QUT provided a link to its flood and disaster resilience experts and resources: bit.ly/3KY0KBd

It’s been a few months since the last gathering of Committee for Brisbane Affiliates – and the “family” has grown substantially.

Enterprise member Howard Smith Wharves has once again agreed to host our Affiliates and Friends Networking Event on Friday 10 June (we obviously behaved ourselves previously).

We are fortunate to now have more than 50 Affiliates, representing a broad cross-section of the greater Brisbane community, which should make for some great introductions and networking: