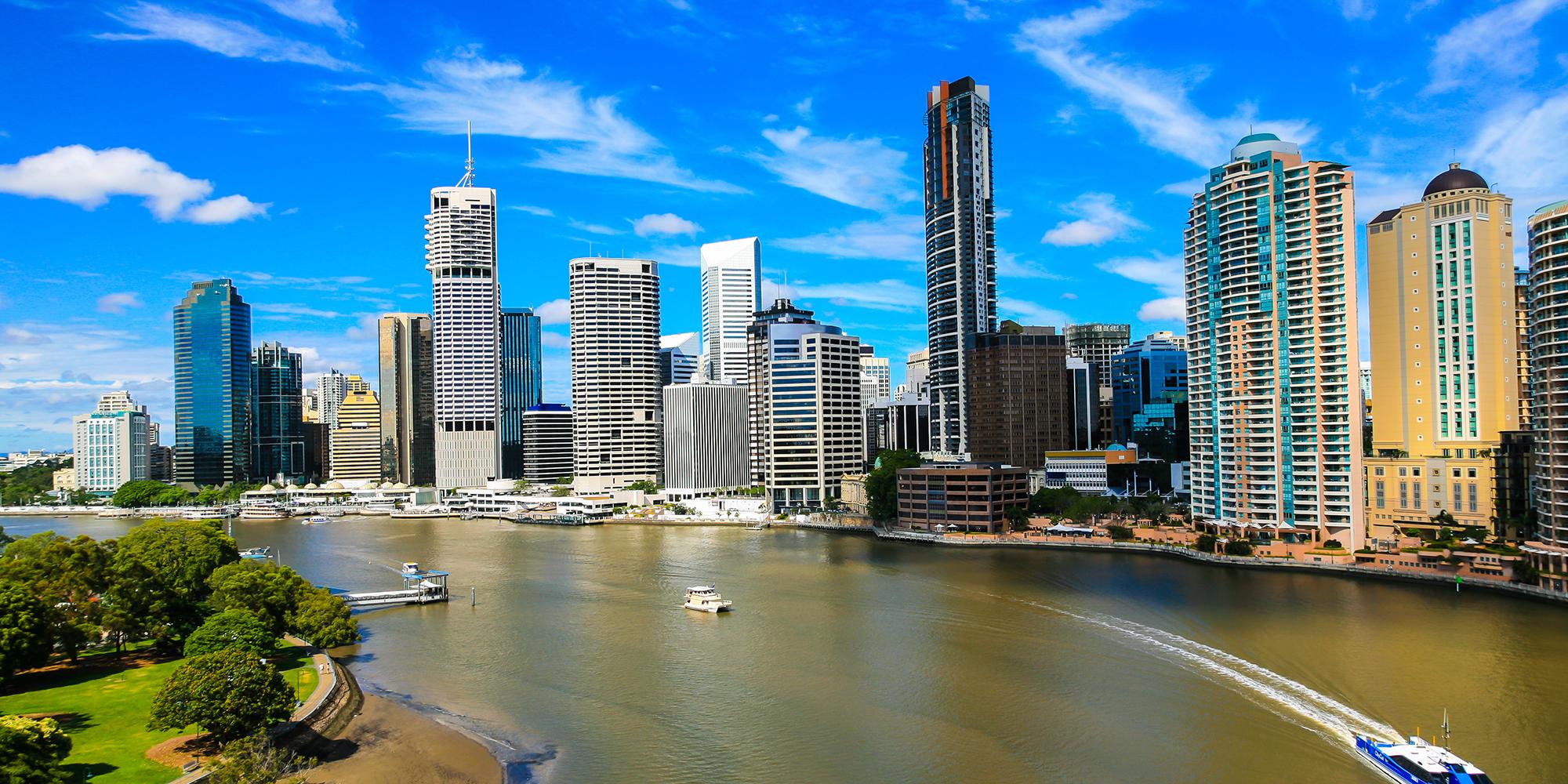 The AGM for the Committee for Brisbane will be held at 4.30pm on Wednesday 16 November at McCullough Robertson, Level 11, 66 Eagle Street, Brisbane.

If you are unable to attend, please email your apology to: AGM2022@committeeforbrisbane.org.au

To vote by proxy, please download and complete the proxy form: Proxy-Form-2022.pdf (committeeforbrisbane.org.au)

At least six new faces to be elected to Management Committee

Management Committee’s decision to implement a retirement and rotation policy will see at least six new faces elected at the upcoming AGM.

Several position will be elected unopposed to one-year terms:

17 valid nominations were received for up to seven other Ordinary Member positions on the Management Committee, for which a ballot will be required:

A number of Management Committee members agreed to not stand for re-election at this AGM to open the way up for some new faces.

Some have represented Members’ interests for many years and we extend our sincere thanks to:

Dinner with the Brisbane 2032 President 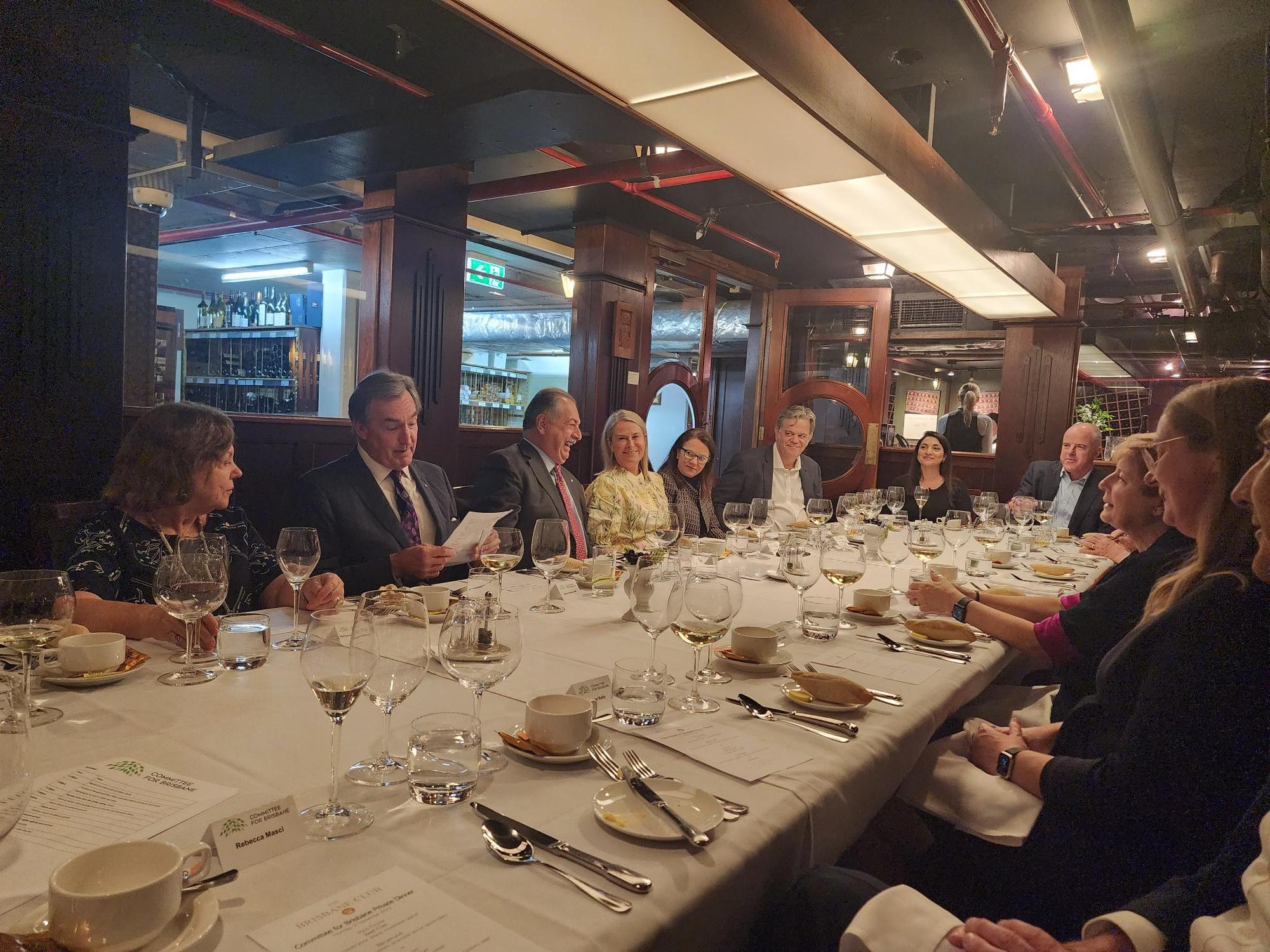 Brisbane 2032 President of the Board, Andrew Liveris AO, was the special guest at a recent dinner with the Committee for Brisbane Executive, Advisory Council and Ambassador Sallyanne Atkinson AO.

Mr Liveris spoke about the Brisbane Organising Committee for the Olympic and Paralympic Games (Brisbane 2032) and its multi-year, staged agenda to deliver the Games in 2032.

The contractual requirements with the International Olympic Committee will require local businesses to meet stringent circular economy and climate positive procurement standards, which will provide an opportunity for Queensland suppliers to improve to meet global standards.

The main job of Brisbane 2032 is to raise the funds to put on the Games – on top of significant funding provided by the IOC – and to ensure that athletes have a fantastic experience in south east Queensland. 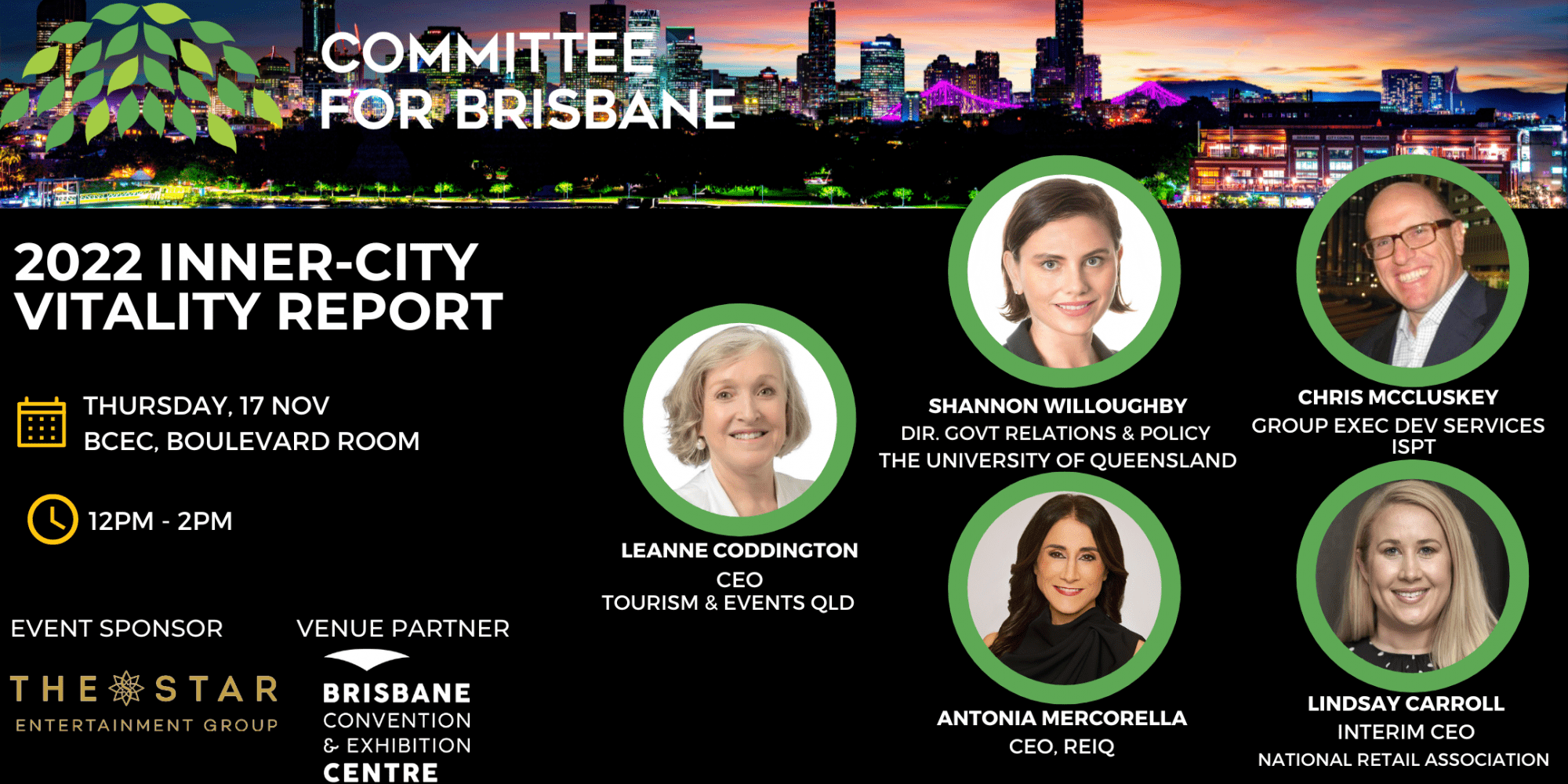 The Committee’s fifth annual Inner City Vitality Report will be released on Thursday 17 November at the Brisbane Convention and Exhibition Centre.

Sponsored by The Star Entertainment Group, the event will hear from a panel of experts as they dissect the 2022 report:

Ticket sales close at COB on 14 November: Get your tickets here

Members recently competed the Committee for Brisbane’s annual survey, to provide feedback about how the Committee is performing and to identify priorities for 2023 and beyond.

About 20% of Members responded to the survey, which is a good result for these sorts of exercises.

More than 85% of respondents said they had attended one or more events in 2021, with 84% rating their overall satisfaction with events at 8 out of 10 or better – which is a terrific level of support.

We asked Members to nominate areas of strategic priority for the Committee to consider. The Top 10 were (in order): 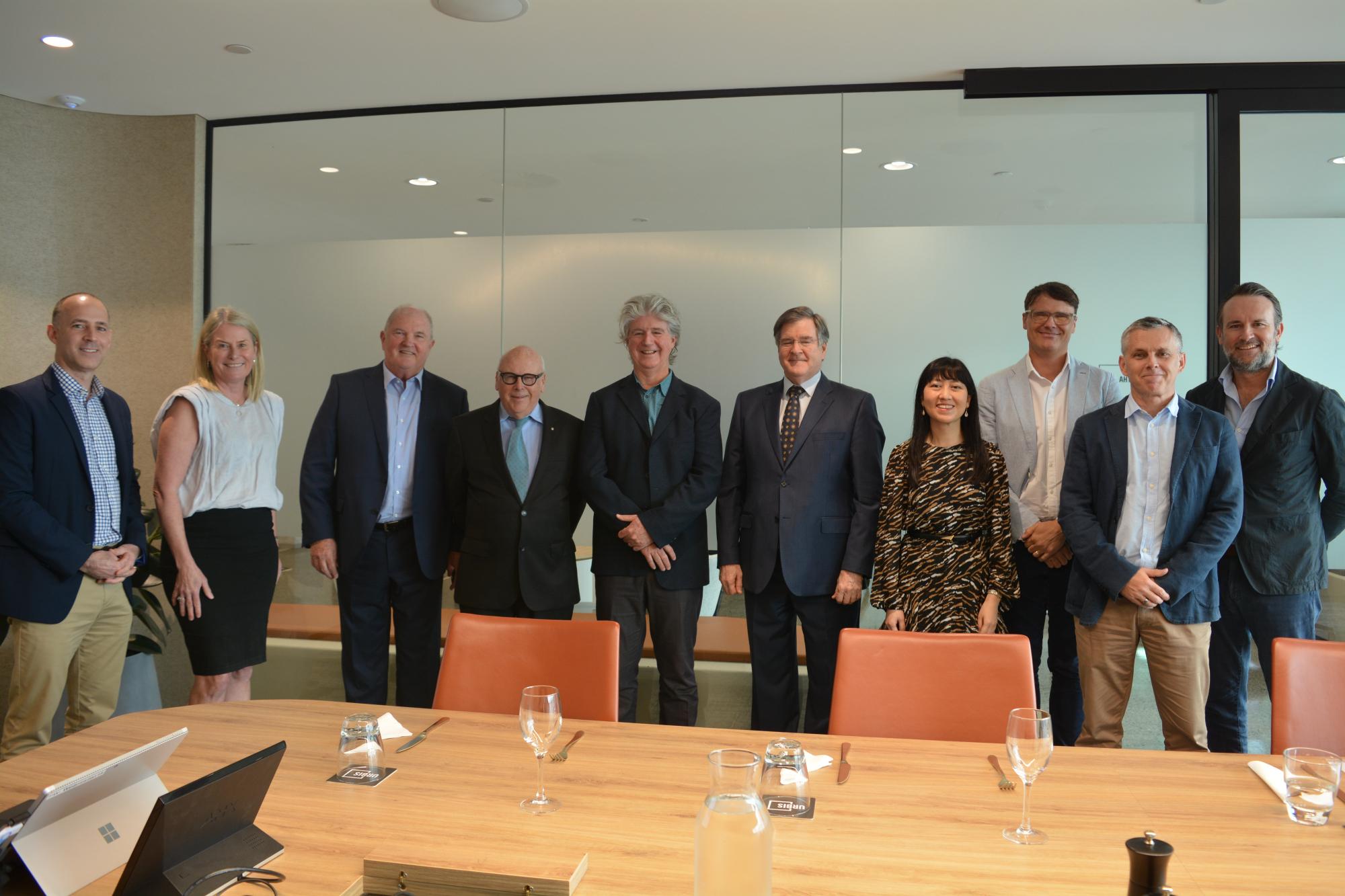 Nine of the Committee’s former Presidents were recently hosted by current President Kylie Blucher for the first annual Lifers’ Lunch.

Kindly held in the offices of Corporate Leader Member Urbis, the lunch was a thank you to many of the individuals who led the organisation from its days as the Brisbane Development Association through to our current iteration.

Many stories were shared about experiences, good and bad, at the helm of an organisation whose brief is to be an influential, independent and visionary voice for a better Brisbane.