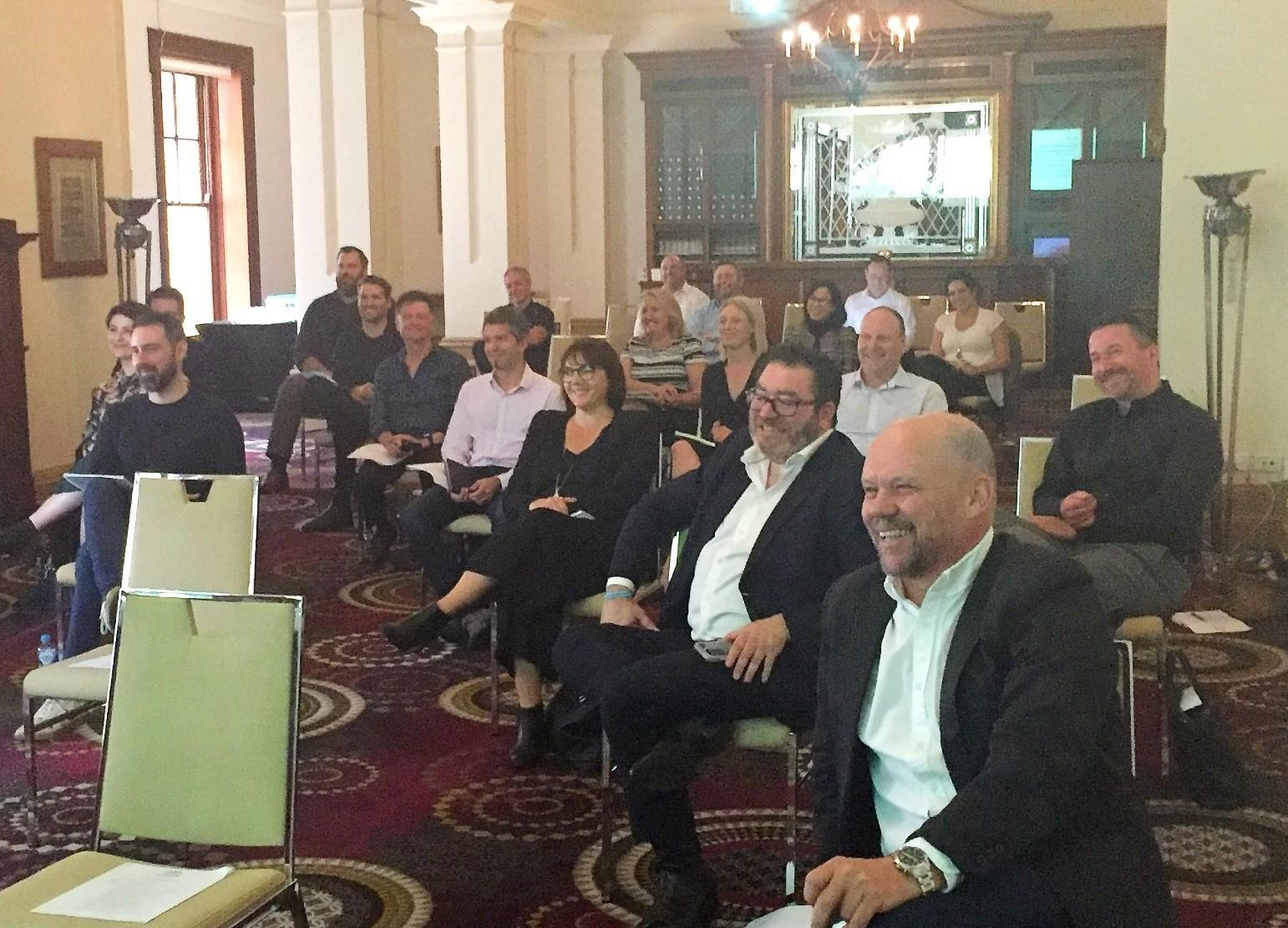 The Committee for Brisbane 2022 Annual General Meeting will be held at 5pm on Wednesday 16 November at the offices of McCullough Robertson Lawyers, level 11, 66 Eagle Street, Brisbane.

In addition to the election of Management Committee, Members will be asked to vote on a change to the Constitution to introduce two-year terms (as from the 2023 AGM).

To improve representation from Members, Management Committee will apply a rotation and retirement policy for the 2022 AGM whereby about half of the Management Committee, including some Executive positions, will not seek re-election, opening the way up for new faces.

To further encourage rotation and new faces on Management Committee, the policy and Constitutional changes will also specify the maximum number of consecutive years that any person can be on the Committee: four years (ie 2 x two-year terms) as a general rule, with an additional two-years (maximum) available for any person who wishes to move from an Ordinary Member role on the Management Committee to an Executive role.

The maximum period any person may sit on Management Committee will be six consecutive years. The clock resets after a 12-month hiatus.

An explanation of the proposed Constitutional changes will be detailed in the AGM notices papers to be sent to Members in late October.

The Committee for Brisbane is looking at ways to help grow the pool of interested (young) First Nations residents who might like to consider Advisory Council and/or Corporate and Not-for-Profit Board positions in SEQ.

The initiative has developed from discussions with the Committee’s First Nations Advisory Group (FNAG) and will be delivered in partnership with Corporate Leader member Deloitte and CareerTrackers (an organisation that supports Indigenous university students and links them with employers, to participate in internships).

The Committee is keen to work with its FNAG to determine a role the Committee can play to help grow the pool of First Nations people who are interested in and have the competency and confidence to join boards and other governance committees – relieving the pressure on a relatively small group of First Nations candidates who are regular invitees.

The project recognises that, without having exposure to the corporate world, there is little or no opportunity for young First Nations people to be given a chance to learn about and participate in corporate culture.

The Committee’s experience is that its Members and other corporates across Brisbane are more interested than ever in becoming culturally competent and implementing reconciliation action plans, including significantly improving the representation of First Nations people on governance structures and in workplaces.

The Committee’s intent is to provide an initial pathway for First Nations people, particularly the younger generation, to be exposed to, experience and (ultimately) consider participating in corporate boards and on advisory bodies.

Ensuring First Nations voices are “inside” organisations, rather than external stakeholders, should change the dynamic.

Acknowledging the adage that “you can’t be what you can’t see”, by helping to facilitate more First Nations people into leadership roles in the corporate community, the Committee hopes to contribute to a cycle of mentorship and leadership.

The benefits to the corporate community will not only be via the skills and experience of individuals, but through learning and adopting culturally aware practices. It will be a win-win.

SEQ 2050: A Vision for Transport and Mobility

On Wednesday 12 October, the Committee for Brisbane will release the outcomes of a project it has been working on with various Members for the past couple of years, called “SEQ 2050: A Vision for Transport and Mobility”.

The project commissioned futurists, McCrindle, to speculate on life in south east Queensland in 2050, through the lens of six cohorts (young, old, families etc) and predicting how and where they will be living, what their work will look like (jobs and location) and what their transport and mobility needs will be.

The Vision document then looks at elements of future transport and mobility through the lens of liveability.

The Committee and its Members have used the information from McCrindle to articulate three areas for consideration, to help ensure SEQ can cope with population growth:

Tickets to this important event are available here: SEQ 2050: A Vision for Transport and Mobility

Celebrating the old and the new 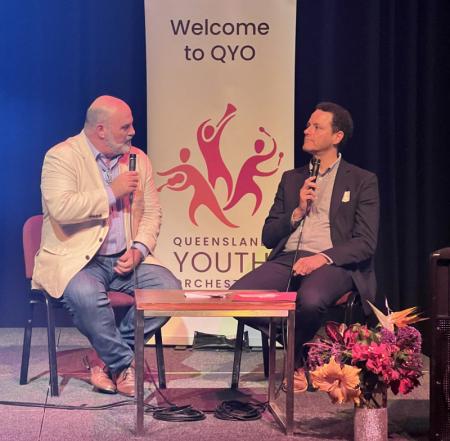 Members and guests were treated to an informative and entertaining networking evening in late September when Committee for Brisbane Affiliate, Queensland Youth Orchestras, hosted an event at their home in the historic Old Museum at Bowen Hills.

The event was sponsored by CFB Corporate Member, Articulous.

QYO recently received a $20 million philanthropic donation to assist with restoration of the building and QYO’s Director of Music and Conductor of the Queensland Youth Symphony, Simon Hewett, outlined some of the opportunities and challenges ahead.

Many in the room shared fond childhood memories of visiting the Museum and their impressions of the great building that has been a centre for art for most of Brisbane’s history.

Constructed in 1891 for the Queensland National Agricultural and Industrial Association, the State Government took over the building in 1897 and leased the concert hall to Brisbane City Council until City Hall was completed in 1930.

From 1891 to 1930, the Old Museum Concert Hall was the main venue for concerts in Brisbane, including recitals by Dame Nellie Melba and Ignaz Paderewski.

In 1899, works were carried out to enable the Queensland Museum to be transferred to the building. The Museum reopened to the public in its new home in 1900.

In 1930, the concert hall was transformed into the Queensland Art Gallery that occupied the space until 1974 when the collection was moved to a temporary location in the city while a purpose-built gallery was completed in South Brisbane.

The Concert Hall space was then used by the Queensland Museum until it moved to South Bank in 1987.

QYO relocated its office and operations to the Old Museum at the beginning of 1989. 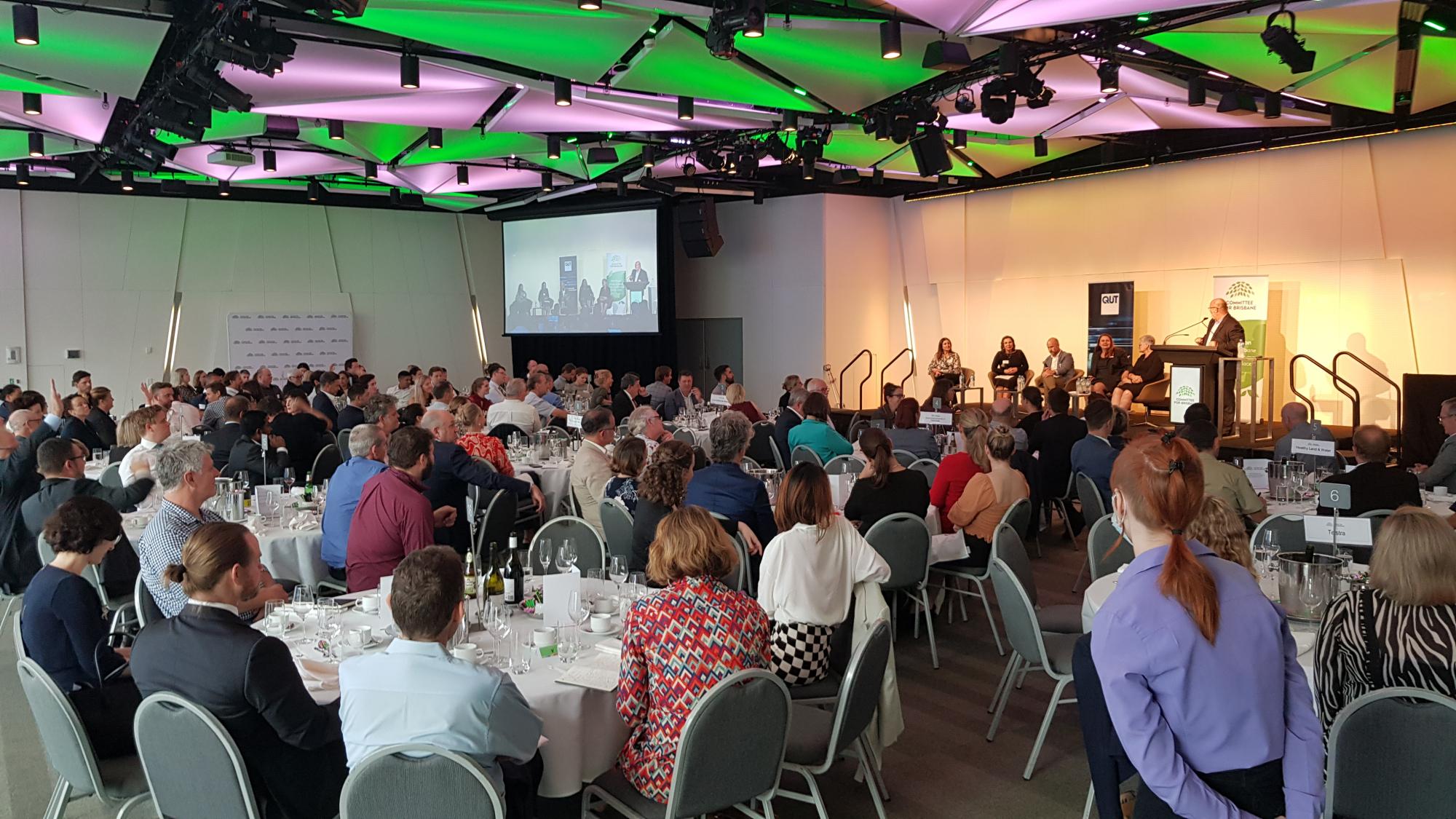 The Committee’s final two public events for 2022 have been confirmed.

We are living in the digital economy, in a nation seeking to advance it’s global standing across digital connectivity, investment attraction, lifestyle and human health and prosperity. Now, more than ever, our relationship with technology and data needs to be meaningful, authentic, and impactful.

Join us as to hear from a panel of experts who will share their thoughts and ideas on SEQ’s digital and data needs, what it means for infrastructure and place, and whether Brisbane 2032 can generate catalytic opportunities that will last.

The Committee’s fifth annual report that tracks the performance of Brisbane’s inner city over the past 12 months, using five metrics:

The Committee recently welcomed six new Members and one Affiliate